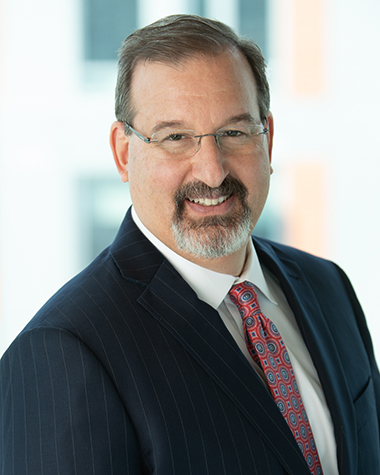 Matt Oppenheim is the managing partner of Oppenheim + Zebrak, LLP. Matt is a nationally recognized litigator who represents clients in a wide range of matters involving content, brands and related commercial and strategic issues.

Billboard magazine has named Matt multiple times to its distinguished “Top Music Lawyers” list, which honors lawyers on the front lines of the music industry's legal battles and deals. In addition, the prestigious, independent legal rankings agency Chambers USA has ranked Matt as a leading intellectual property litigation lawyer in Washington, D.C., noting that Matt “attracts plaudits for his successful IP litigation practice.” One source told Chambers that Matt is “an aggressive litigator, who is very pragmatic, creative in finding solutions and client-friendly.”

Matt also is ranked by Super Lawyers as a “Top Rated Intellectual Property Litigation Attorney in Washington, DC,” and in 2020, Matt was recognized as a “Titan of the Plaintiffs Bar” by Law360.

As a trial lawyer, Matt has served as lead counsel in obtaining many of the largest copyright and trademark verdicts in history, including a record-breaking $1 billion jury verdict against Cox Communications for the music industry, and a $34 million verdict against Book Dog Books for the educational publishing industry. On behalf of both large and small clients, Matt has argued and tried cases in federal courts nationwide, and negotiated resolutions of complex multi-party disputes for a wide range of clients.

Matt is regularly called upon to counsel clients in private on complex and strategic matters, and represent them in public on sensitive disputes. Matt’s long-time clients are some of the most prominent in the world in the music, educational, and publishing industries.

Matt and his law partner, Scott Zebrak, created Oppenheim + Zebrak because they had a vision that the practice of law should be different from what big law does. O+Z emphasizes real collaboration among colleagues to provide long-time clients with the best representation possible.

Prior to launching Oppenheim + Zebrak, LLP, Matt was a partner with Jenner & Block LLP in Washington, DC, where he co-chaired its Entertainment and New Media Practice.

Before his time at Jenner & Block, Matt served as the Senior Vice President for Business and Legal Affairs at the Recording Industry Association of America, where he handled a number of milestone cases, including both the Napster and Grokster cases. While at the RIAA, Matt was also called upon to represent the music industry in multi-industry licensing negotiations and at technology standard-setting bodies.

Matt began his career as a lawyer with Proskauer Rose, LLP as a litigator where he handled a broad array of matters, including trade secret disputes, director and officer liability litigation, intellectual property cases, as well as general commercial litigation.